Stand Up Comedian, nominated for Best Comedy Release at the 2011 ARIA Awards.

As a popular comedian, Josh Thomas is known for integrating his personality into his performances. Josh has previously lent his comedic skills to several television shows, including The Project, Good News Week, Rove, and QandA. Josh became a household name after becoming the Generation Y Team Captain on Network Ten’s hit show Talkin’ ‘bout Your Generation.

As a stand-up comedian, Josh won the award for Best Newcomer at the 2007 Melbourne International Comedy Festival, as well as was nominated in 2010 for the prestigious Barry Award for most outstanding show at the Melbourne Comedy Festival.

In 2012, Josh wrote and starred in his own series, Please Like Me, which was wonderfully awkward and honest comedy drama that draws on Josh's stand up and life. 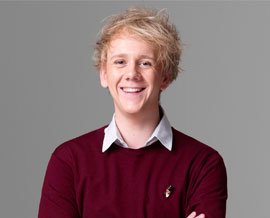