Joel Ozborn began perfecting his comedy skills on the streets of Sydney’s Circular Quay. He did not want to resort to the usual type of street performance so Joel created his own peculiar style of street comedy which led to him winning the 1998 ‘Street Performer of the Year’ Competition presented by the Sydney Opera House live on 2DayFM.

Joel moved to America to work with The Amazing Johnathan who is an international known comedian. Over the course of ta few years, Joel travelled nearly all 52 states, working and visiting world-famous cities such as Los Angeles, New York and San Francisco. His street performances continued in Los Angeles in front of huge crowds at the famous Venice Beach. However these crowds had become accustom the bizarre so Joel produced even more ‘Off the wall’ comedy, which quickly caught everyone’s attention. Such performances included a sling shot fired at his face and squeezing his body through a tennis racket.

Joel returned to Australia and became a hit in comedy clubs across the country. He continues entertain audiences with his unique style of comedy and he is a popular corporate comedy performer. 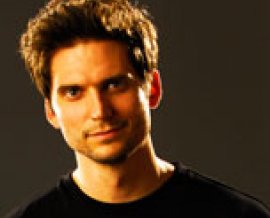