Building a reputation for making jokes about everyone and everything, James Nokise is a well-known comedian on the New Zealand comedy circuit.

Whilst hosting regularly at Wellington and Auckland comedy clubs, James has attended the Edinburgh and Adelaide Comedy Festivals, been a guest lecturer at several Universities, been a crew member of the award winning Puppet Fiction (Pulp Fiction with Puppets),  written Wellington’s most popular political satire series and has commentated for Radio Live and 532 PI. His busy schedule is proof of his popular comedy personality. 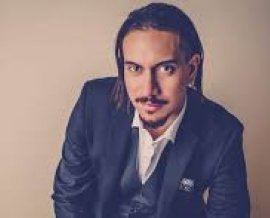