After leaving Venezuela after a successful career as a Brew Master and Food Technologist, Ivan Aristeguieta has become a full-time comedian. He has performed sell-out shows across Venezuela and Florida.

In 2012, he migrated to Australia and set on a large challenge to perform comedy in his second language. Ivan has acheived success receiving his own television show 'Lost in Pronounciation', a live stand-up television debut 'Chorizo Sizzle' and a performance at the 2017 Just for Laughs Comedy festival in Montreal.

He is a fantastic comedian or MC/host for any event, adding his own sense of humour that will leave any audience in stitches. 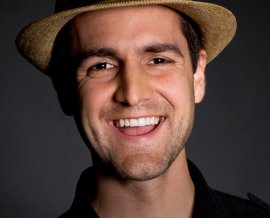