Entertaining audiences across the globe, Harley Breen has gained a whole league of fans from his accessible and relatable comedy.

Drawing inspiration from daily life, Harley moves swiftly with hilarious material about his experiences of being a new dad, to his stories of his treasured Kingswood. His instantly recognisable and relatable material has seen him become a favourite with audiences.

In 2016, Harley performed his tenth solo show ‘Smell the Penguins’ to sell-out crowds across the nation.

Within the media, Harley has been featured on numerous television shows, including ‘The Project’, ‘Best Bits’, ‘It’s A Date’ and ‘Celebrity Family Feud’, as well as guest starred on Triple M Radio.

For his work, Harley has received a number of awards including the 2011 Piece of Wood Comic's Choice Award at the Melbourne International Comedy Festival, the 2007 Tron Best Newcomer at the Edinburgh Fringe, and the 2010 Spleen Comic of the Year. 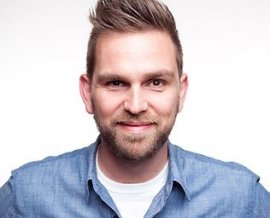