Her droll delivery, delightful wordplay and heart-breakingly funny, self-deprecating observations have delighted audiences all over the world.

As an award-winning comedian, Hannah Gadsby captivates and entertains an entire audience. Sarcastic, concise and truthful are words that capture Hannah’s essence and her shows are a reflection of that. Her delivery, wordplay and hilariously straightforward observations have delighted audiences both nationally and internationally.

In 2006, her stand-up career began when her talents and skills as a comedian were discovered at the Hobart Comedy Festival. She then went on to win the national final of Raw Comedy before coming in second at Edinburgh Fringe’s Festival ‘So You Think You’re Funny?’.

As well as appearing on stage, Hannah has also appeared on the television screen. She has taken a regular spot on ABC TV’s Adam Hills Tonight which is an interview show. She has also appeared on Channel Ten’s Good News Week, ABC’s Spicks and Specks and New Zealand TV 3’s 7 Days. Hannah also plays the character of the same name in Josh Thomas’ television show ‘Please Like Me’.

Hannah Gadsby is a comedian by trade and enjoys entertaining her audience. Her clever usage of humour and timing ensures that her popularity in the industry will continue to grow. 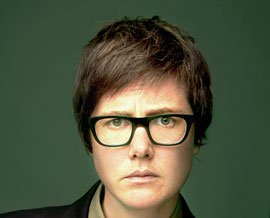