One of Australia’s up and coming comedic stars

Quickly becoming one of Australia’s comedic stars, Gen Fricker’s unique brand of comedy has made her a favourite with audiences. Blending her sassy personality with dark comedy and a winning smile, Gen has made regular television appearances, including on ‘Have You Been Paying Attention?’, ‘The Project’, ‘Celebrity Name Game’, and ‘Spicks and Specks’.

Debuting on the comedy circuit in 2011, Gen was a national finalist at the triple j Raw Comedy Competition. She has since performed at a number of festivals across Australia and New Zealand, including the Just For Laughs Comedy Festival, Falls Festival and Splendour in The Grass. 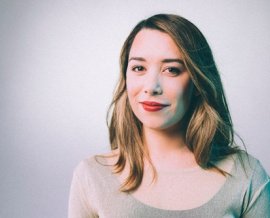