Fiona O’Loughlin is one of Australia’s most beloved comedians. As a mother of 5, Fiona got into comedy later than normal but that didn’t stop her from reaching success. Her hilariously true insights into parenthood made her relatable to all audiences and saw her popularity soar.

Fiona was crowned as Queen of the Jungle after winning the 2018 season of Channel Ten's 'I'm a Celebrity, Get Me Out Of Here'. She entertained both her campmates and the viewers.

O’Loughlin’s first comedy festival show ‘Fiona And Her Sister (And Some Weird Guy)’ earned her the award for Best Newcomer at the 2001 Melbourne International Comedy Festival. Ever since then she has been earning awards and selling-out shows on the festival scene. In 2006 she was awarded the Piece of Wood which is an MICF award for the funniest show as voted by the other comedians. In both 2007 and 2008, she was nominated for the MICF’s Barry Award for Best Show. To round it all off in 2013 she was awarded Adelaide Comedy’s Best Visiting Comedian Award.

As well as headlining many shows nation-wide, Fiona has also appeared in comedy shows across the globe. She featured at LA’s world-renowned Improv Comedy Club, performed repeat sessions in Hong Kong and at the Edinburgh Fringe, has appeared at Montreal’s invitation-only Just For Laughs and has been featured at the UK’s oldest Leicester Comedy Festival.

Fiona has also appeared on television across multiple channels and many shows including Channel 7’s Sunrise, Network Ten’s Good News Week, ABC’s Spicks and Specks and Dirty Laundry, Channel Nine’s Celebrity Apprentice and she has also been seen in many Comedy Festival Galas.

Struggling with alcoholic tendencies within the public eye, Fiona has managed to overcome her challenges and has realised that she is even funnier sober than she is after a few drinks. She uses her life experiences as part of her show which proves to be a big hit with her audiences.

As a speaker and comedian, Fiona O’Loughlin is highly sought after and her connection with her audience leaves them feeling entertained even after she has finished her presentation. 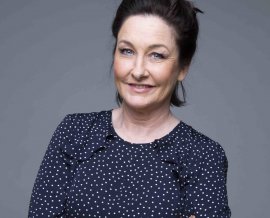