Felicity Ward is a regular on the comedy circuit, and is favored for her stand-up comedy, comic performances, writing and acting.

She is best known for her regular appearnaces on ABC's 'Spicks and Specks' and Channel Seven's 'Thank God You're Here'.

In 2006, Felicity came into the public spotlight after becoming involved in Channel Ten's 'The Ronnie Johns Half Hour'.

Two years later, she won the Outstanding Newcomer award at the Melbourne Fringe Festival for her acclaimed show 'Felicity Ward’s Ugly as a Child Variety Show'. In 2011, Felicity was awarded Time Out Magazine's Local Comedian of the Year award.

A regular performer, Felicity has performed sold out shows in London and Los Angeles. She has toured nationally and internationally including New Zealand, Singapore, Hong Kong and the UK.

She is a incredibly funny addition to any event, lightening the room with her well-paced humour and hilarious wit. Felicity is also able to step in as an MC or Host. 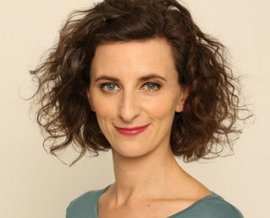