Eddie Perfect is a multi-talented and multi-award winning Australian performer. A successful singer-songwriter, pianist, comedian, writer and actor, Eddie is also a fabulous MC and entertainer for corporate events. He has thrilled audiences on many occasions by writing and performing an original song for the event.

He has become more widely known to television audiences for his role as Mick Holland in Channel Ten's hit long-running TV series Offspring in which he performs his own music. His television credits also include FOX8's Ultimate School Musical, The 2011 Logie Awards, Kath and Kim, Stingers, Blue Heelers, MDA and Spicks And Specks, and performing his own comedy on ABC TV's Stand Up and Sideshow, The Melbourne Comedy Festival Gala, Good News Week.

Eddie has written and toured several shows including Angry Eddie, Cliff Hanger: Catch A Falling Star, The Big Con with Max Gillies, Drink Pepsi Bitch, Shane Warne The Musical, Songs From The Middle, a collaboration with The Brodsky Quartet and the Australian National Academy Of Music and most recently the award-winning Misanthropology. He has composed music for Malthouse Theatre's productions of The Big Con, Babes In The Wood and Helen Noonan's Voicing Emily as well as composing and performing music for the Helpmann, Awgie and Inside Film Awards and for Offspring.

Eddie has also won several awards for his writing and composition, including Green Room Awards in both 2002 and 2003, as well as the 2004 Melbourne Comedy Festival's "Best Newcomer" Award and the "Golden Gibbo" Award for his solo show Angry Eddie.

He was voted number one in the field of Arts and Entertainment by Bulletin Magazine for its Smart 100 awards in 2004. Drink Pepsi Bitch won the Best Cabaret award at the 2006 Adelaide Fringe Festival and in 2008 he received a Green Room Award for his portrayal of Alexander Downer in Keating! The Musical.

In October 2013, the Melbourne Theatre Company presented The Beast written by Eddie Perfect.

Eddie Perfect's creative and performance skills are obviously undoubted but he is now also garnering rave reviews for his hosting roles. In 2013, Eddie hosted the 2013 Helpmann Awards and The Media Federation Awards to great acclaim and now Target Australia is just one on his growing list of happy corporate clients.

He was actually the MC at the 2009 Victorian Premier's Literary Awards when he read out his own name on the shortlist - and then as the winner - for best music theatre script for Shane Warne The Musical.

Eddie is polished, professional, clever and quick-witted and his superb musical skills provide an added dimension to any event. 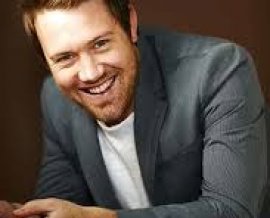