A regular panelist on Have You Been Paying Attention, Ed is a popular Australian actor, radio host, Theatresports performer and professional MC/Host.

Ed Kavalee is an actor, comedian and radio personality, who has achieved extensive success within his career. He makes the perfect MC or host for any event, bringing his comedic skills to ensure a presentation that both amuses and entertains guests.

Before he found success in the entertainment industry, Ed worked in a small video store for over eight years, was a panel operator and worked as part of the promotions team with the Triple M Rock Patrol Vehicles, The Black Thunders.

Three months before graduating from Screenwise, Ed scored the pilot and a part in the ensemble of the new comedy improvisation production ‘Thank God You’re Here’. He appeared in more than twenty episodes within the first season and remained a member of the cast in the 2nd, 3rd and 4th seasons.

In 2006, he joined co-host Tony Martin and panel operator Richard Marsland for the Triple M radio comedy show ‘Get This’. The show featured comedy sketches, celebrity guests and banter on trivia and current affairs. Although it was a rating success and proved to be a hit with fans, after two years, the program was axed.

Two years later he joined Akmal Saleh and Cal Wilson on Nova in the program ‘The Wrong Way Home’. In 2009, he joined Hughesy & Kate’s breakfast show on the same network. Within the same year, Ed hosted TV Burp on the Seven Network. He also co-hosted ‘Santo’ and ‘Sam and Ed’s Cup Fever!’ with Santo Cilauro and Sam Pang. In 2011, he reunited with previous co-host Tony Martin for ‘The Joy of Sets’ on the Nine Network.

Ed then turned to film and television work, and in 2012 he appeared in the Australian film ‘Any Questions for Ben?’ and was a regular guest on the TV show ‘Agony Uncles’. He also worked on the comedy film ‘Scumbus’ which he starred in, co-wrote, co-produced and largely self-funded. By the end of 2012, he was seeking a distributor for his second feature film ‘Border Protection Squad’.

In 2014, his voice could again be found on radio as he co-hosted Triple M Brisbane’s Grill Team breakfast show.

Perfectly suited for any event, Ed Kavalee is ready and willing to share his comedic attributes. 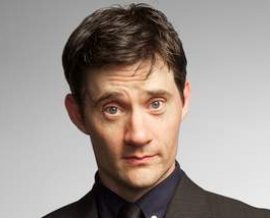