Keynote Entertainment is your contact for Dave O'Neil as a comedian or master of ceremonies for your special event.

Dave O'Neil has been in the business of comedy for over 30 years and is one of Australia' most recognisable stand-up comics, having performed at 20 Melbourne International Comedy Festivals and at dozens of comedy clubs nationally.

He is a regular on television screens across the nation, appearing on a variety of shows including, 'Good News Week', 'Adam Hills in Gordon St Tonight', 'Tractor Monkeys', 'The Agony of Life', 'Agony Uncles' and 'Spicks and Specks', where he held the record for being the most regular guest with 54 appearances! Dave has also written and acted in films (even starring alongside Eric Bana) and contributed to numerous sketch comedy shows

As well as his stand up career, Dave is a skilled radio broadcaster, and has been a part of successful teams on Nova 100 (with Kate Langbroek and Dave Hughes), Vega 91.5/Classic Rock FM (with Sean Micallef, Denise Scott, Chrissie Swan and Ian 'Dicko' Dickson), and 774 ABC Radio in Melbourne.

More recently, Dave has appeared in his own sitcom 'Dave' as part of Channel Ten's pilot week and has been seen on 'Hughsey We Have A Problem', 'The Project', '20-1' and 'Show Me The Movie.' Dave has written five books including 'Everything Tastes Better Crumbed and other BIG Statements', as well as his latest bestseller 'The Summer of '82'.

Dave's observational humour and genuine humility have also made him a much sought after MC and corporate entertainer.

David O’Neil was an absolute professional to work with. Extremely entertaining and funny, we have had such overwhelming feedback. We have never had such an engaged audience at this event. In a time when we needed some “light”, he certainly provided it but yet so professional with Q & A’s. Dave completely nailed the brief. Could not be happier or more prepared to recommend.

Dave entertained our Adelaide region guests with his normal style and wit! Thank you 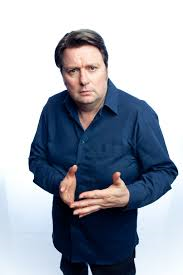