In 1999, she was a regular on the television show 'Good News Week', kick-starting her television career. Corrine's first full-time gig was on Channel Nine's 'Rove', before moving with 'Rove Live' to Network Ten in 2000.

A year later, Corrine joined ABC TV's 'The Glasshouse' as a founding member, continuing with the show until it finished in 2006.

Corrine's television credits don't end there. She has also appeared on 'Spicks and Specks', 'Dancing with the Stars' and 'Good News Week'. She has also successfully co-hosted several national radio shows.

She has also narrated the second series of 'Air Ways', a Network Seven program following the trials and tribulations of travel on budget airline Tiger Airways.

In 2010, Corinne released her first book titled 'Lessons In Letting Go: Confessions of a Hoarder'.

With a natural, down-to-earth and warm personality, it is no surprise that Corrine Grant has become on Australia's best known and beloved performers. She is an ideal comedian, MC or host for any event. 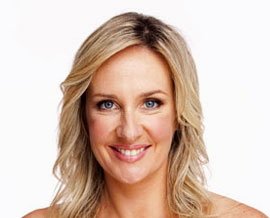