Best known as the Lano from Lano and Woodley, Colin Lane is one half of Australia’s most oved comedy duo.

Having worked for over two decades together, the comedy duo won the coveted Perrier Award for best show at the Edinburgh Fringe Festival, starred in their own television series and toured sold out shows across the country. Although no longer together, the duo ran a highly successful national tour to say goodbye to fans.

Colin has since appeared in Don's Party for the Melbourne Theatre Company, followed by a season with the Sydney Theatre Company. He has presented Wine Me, Dine Me and Kings of Comedy and made numerous appearances on ABC TV's Spicks and Specks and Network Ten's Good News Week. 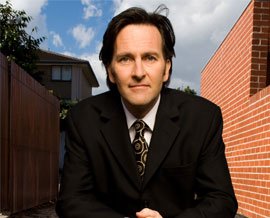