Edgy, polished and inventive, Charlie Pickering is one of the most exciting names in Australian comedy.

As a political junkie, former lawyer and was the voice of his generation, Charlie Pickering is known as the co-host of ‘The Project’.

Charlie has been the recipient of numerous awards, including nominations for the Perrier Best Newcomer Award in Edinburgh, the Barry Award for Most Outstanding Show at the Melbourne International Comedy Festival, as well as being named Best International Guest by the NZ Comedy Guild.

In 2010, Charlie published his first book, ‘Impractical Jokes’, to delighted audiences across the nation. The book focussed on his 2007 Comedy Festival show. 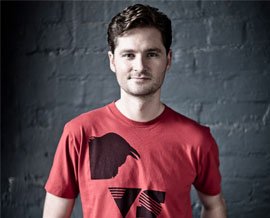