With an observational style of comedy, Carl Barron appeals to any audience. Carl’s style showcases his gentle, awkward, self-conscious, relaxed and original personality, making him relatable and hilarious all rolled into one.

In 1993, Carl was the winner of Comic of the Year and Best Up and Coming Talent. He has since established himself as one of the best Australian comedians.

Carl has headlined at every major comedy venue as well as festivals worldwide. He is highly sought-after for his skills and talents on the comedy scene. 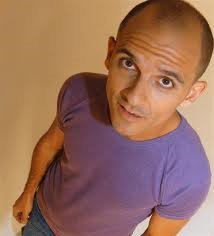