Multi-talented Bridie Connell is fast becoming a well-known comedian after being featured on Comedy Channel’s new show ‘Whose Line is it Anyway?’ alongside some of Australia’s favourite comedians. Her impeccable skills as a comedian and actor are featured as she reacts quickly to everchanging situations and hilarious questions.

An award-winning writer and highly trained performer, Bridie has travelled both Nationally and Internationally, demonstrating her impressive skills. She is a former NSW and National Theatresports Champion and was the 2015 finalist for New Zealand in the World Theatresports Championships. She is a regular face at the Giant Dwarf Theatre in Sydney as part of the ITS Soap Opera.

Connell is also one half of award-winning duo MotherFather with fellow ‘Whose Line is it Anyway?’ star Tom Walker.

In 2015, Bridie was part of an Australian representative group at the Los Angeles Improv Festival. Her group’s performance was brilliant, won several awards and they were invited back to the festival by the artistic director of improvisation school Improv Olympic.

She is also an avid writer, writing and performing her own one act plays which have toured across Australia and New Zealand. Her solo show ‘Natural Habitat’ was chosen by Sydney Fresh! Comedy, who picks the best emerging talent, as part of the Sydney Comedy Festival.

Bridie Connell is an entertaining speaker and comedian who will keep audiences engaged throughout her presentation. Her experience in the entertainment industry ensures a performance that audiences will not forget. 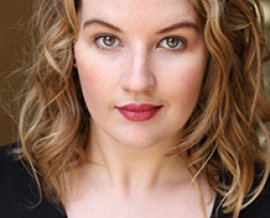