Arj Barker is a hilarious stand-up comedian who appears regularly on Australian television.  Winning the 2007 Perrier Best Newcomer Award at the Fringe Festival in Edinburgh, cemented Barker’s place on the international comedy circuit.  He has several acting credits to his name, including Dave on ‘Flight of the Concords’, but performing stand-up comedy across the globe is his passion

His sharp and comedic wit along with a drive to succeed has seen him perform on late night talk shows in the US including Conan O'Brien and David Letterman.  Barker has also been seen in his own comedy special produced by Comedy Central and seen on HBO.

In Australia, Arj has displayed his comedic flair on The Project, Spicks and Specks and Good News Week.

If you would like to book Arj Barker for your event, please call Keynote on 1300 661 904 or email info@keynote.com.au and one of our experienced consultants will be delighted to help you. 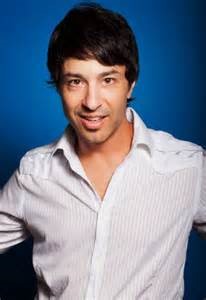