Making a name for himself impersonating others

Making a name for himself impersonating others, Andrew Startin is known for his spot on impersonations. With a repertoire including Sam Newman, Bruce McAvaney, Leigh Matthews, Mike Sheahan, Denis Cometti, and a host of others, Andrew is in high demand as a live performer for an array of corporate events.

Quick witted, Andrew impresses his audiences with his ability to not only mimic the voice, but also mannerisms and expressions. Andrew brings to life the colour, vibrancy and attitudes of those he impersonates, creating a hilarious and high impact 'appearance’ of some of Australia’s media personalities.

In 1995, Andrew finished his schooling in his beloved hometown before beginning a Journalism Journalism course at Deakin but deferred mid-way through the year.

After being unemployed for almost two years, Andrew’s big break came in 1997 on 'The Footy Show' with an amazing Sam Newman impersonation. Andrew appeared four more times on The Footy Show for the year and became a highlight of the show.

Andrew has become a regular on Australian television including Network 10’s 'The Panel'. Most recently, Andrew starred in Russell Coight’s “Celebrity Challenge”. 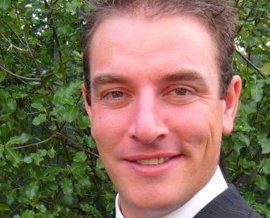