Adam Hills is a comedian, host, Gold Logie nominee (five times) and star of three hit shows; Spicks and Specks, Adam Hills Tonight and The Last Leg.  Hills was the host of Spicks and Specks for seven years and when the show finished after 277 episodes in 2011, Adam, Myf and Alan, played a sell-out farewell tour, performing in front of more than 80,000 fans, Australia wide in 2012.  Adam also began hosting a tonight style show with famous guests including: KD Lang, John Cleese, Whoopi Goldberg and Barry Humphries.

In 2012, Adam hosted a panel show during the Paralympics in London which was lauded and returned for a Christmas special that year.  Recording excellent ratings, Adam was then offered a full series which is still running today.  Adam had the rare honour of hosting his own show in two different continents.

Adam is still delivering hilarious monologues on the comedy scene and is a regular at comedy festivals across the world.  He has conquered Montreal and Edinburgh and is a regular on the Australian comedy circuit.

Hills has been awarded a prestigious Helpmann Award and has released several bestselling comedy DVD’s.  Adam has performed for the Queen and also delivered a Channel 4 Alternative Christmas Message in the UK – a prestigious and rare honour.

Adam will delight audiences with his sharp wit, comedic genius and self-deprecating humour. 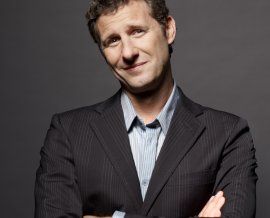