Comedian bringing the freshest and most splendid comedy to any event

Bringing a fresh twist to comedy, Aaron Chen’s impressive skills combined with an exquisite mic technique sees him impress and entertain any audience he is put in front of.

Most recently, Aaron’s unconventional interview at a Liverpool vs Sydney soccer game went viral, causing a divide amongst fans with some condemning the joke and others loving it.

Aaron is a regular on television, having starred in his very own Tonight Show, which was broadcast on ABC as well as appearing on Channel Seven’s ‘Orange is the New Brown’ and Network Ten’s ‘Drunk History’. His comedic skills have also seen him perform at Splendour in The Grass and be the supporting act for comedian Ronny Chieng on his Live Australian Tour. Aaron returns to the live stage this year with a new show touring nationally. 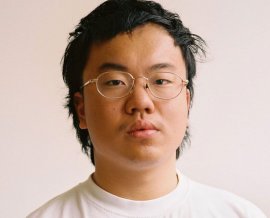