Receive leadership skills from one of the Navy's inspirational leaders

Admiral Ray Smith is regarded as one of the Navy’s most inspirational leaders. He discusses the importance of leadership, with an uncanny ability to adapt his experiences to fit any type of audience, whether it be those from corporate and business backgrounds, to those with political and military educations.

Ray has been a Navy SEAL for 31 years and has achieved great levels of accomplishment. He has been Commander of the SEAL force, a 2300 men group, where in his four year role he managed to raise retention rates to three times the Navy average. He has also directed Navy SEAL training, which is thought to be the most challenging military training in the world.

Ray Smith has also successfully led the Navy SEAL in Operation Desert Storm. As the acting Navy Captain, he instructed over 200 actions of tactical significance without deaths incurring.

Admiral Ray Smith has been recognised for his extraordinary achievements in multiple media outlets, including Newsweek, Fortune, Reader’s Digest, Discovery Channel, History Channel and CBS This Morning. He has authored and published two successful Navy SEAL manuals, one on the topic of nutrition and the other on fitness.

His presentations are full of personal anecdotes which ensure audiences are completely engrossed within his speech and take away important messages that can be applied to their working lives. 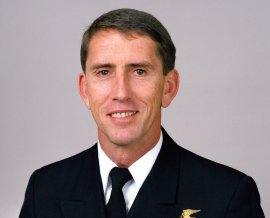