Non-Executive Director of the GWA Group

Peter Birtles joined Super Retail Group in April 2001 as Chief Financial Officer and was appointed as Group Managing Director in January 2006. Over the last ten years he has overseen the growth of the Supercheap Auto, the development of BCF and the acquisitions of Ray’s Outdoors and Rebel Sport Group.

Prior to joining Super Retail Group, Peter spent 12 years working with The Boots Company in the United Kingdom and Australia in a variety of senior finance, operations and information technology roles. Peter is a Chartered Accountant who started his career working with Coopers & Lybrand.

Peter is a Non-Executive Director of GWA Group Limited and is the Chairman of the Retail Council. 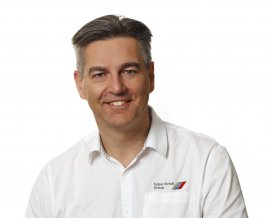