Hear from a senior executive and leader in the digital industry

Karen Lawson is an award winning business executive and leader in the digital, technology and startup industry. She uses her experience in driving reinvention and transformation to help the world’s biggest brands to stay ahead of disruption.

Karen was formerly the MD of Spotify Australia & New Zealand, a global audio streaming business reaching 271m listerners in 79 countries and launched podcasting to the Australian market including a new format podcast ‘Your Daily Drive’. Prior to that, roles included being the acting CEO for a new venture founded by a ANZ and advisory board director to the Sydney Startup Hub. Today Karen sits on the boards of The Save The Children Fund Investment Committee, which is a world first VC fund investing into early stage ventures and  SDGx, a VC and technology business raising a $100m fund focused on climate change and the UN SDG0073. Through her consultancy Karen provides corporates and start-ups with commercial growth, product and transformation.

Formerly as the CEO of Slingshot, she grew the business to become the #1 corporate accelerator in Australia, having accelerated more startups and run more corporate programs than any other provider. Driving the total market capitalisation of its alumni to over $507m having accelerated over 151 businesses. The $15m Slingshot Venture Fund has invested into early stage founders driving economic growth and employment. Slingshot worked across different industries from fintech, health, membertech, future of work, media, fuels, retail and travel with leading organisations such as Qantas, Lion, SEEK, NewsCorp, HCF, Caltex along with state and federal governments.

Under Karen’s leadership she launched a new disruptive SaaS busness, CoVentured providing a global platform to connect corporates and startups for mutual growth. It launched late 2017 with an operating at $1m run rate joined by corporates such as West Pac, Australia Post and Woolworths and over 70% of Australian startups.

Karen also served as CEO of CareerOne, a joint venture between News Limited and Monster Worldwide. With a remit to forge a new digital strategy, Karen reinvented the traditional job board into a leading targeting and digital business offering media, employer branding, SaaS and sourcing solutions. CareerOne went on to be awarded a spot in the coveted BRW ‘Top 50 most innovative companies’ list for 2014 and was sold for over $50m two years later.

With experience leading through change; motivating and developing cross functional teams to peak performance, Karen is extremely passionate about delivering great results and helping others achieve their true potential.

She is also a prolific networker, experienced media commentator and guest speaker, with appearances on TV, radio in print and digital, as well as industry forums. Her commitment to not only driving innovation and disruption but also to promoting D&I resulted in Karen being selected as UN ambassador for Women's Entrepreneurship Day, Rare Birds Speaker,  Nominee for Telstra Woman of the Year, Pledge 1%’s Women Who Lead, Australian Growth Company Awards, Women's Agenda finalist 2017 and Smart Company Women in Tech 2018.

Karen is also a huge ‘foodie’ and has been a food and luxury travel journalist for over thirteen years, writing for a diverse range of publishers and leads the team at Daily Addict.com.au. She doesn’t have holidays, but has research and writing trips! To balance this out she is an avid runner having completed both New York and London Marathons, though these days she is more likely to be seen jogging around Blackwattle Bay at a much more sedate pace!

Authenticity in leadership
Can corporates innovate like startups?
Diversity and Inclusion
Imposter syndrome, female leadership, and Networking 2.0
Innovation
Inside or outside? 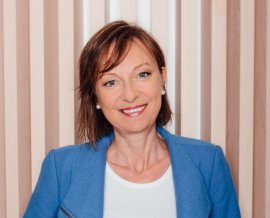