Unique insight as CEO of a very high profile organisation

Andrew Demetriou retired as the CEO of the AFL in 2014 after been in the top position for over 20 years. Andrew climbed through the ranks of the Australian Football league and he exceeded in this high profile and difficult role and led the AFL through many significant changes.

He was a former AFL player and cut his teeth in business becoming a shareholder of the Ruthinium Group, a business importing acrylic teeth. Andrew was appointed Managing Director of the Ruthinium Group in 1989 a position he held until his appointment as CEO of the AFL Players Association in 1998. The Ruthinium Group gave Andrew a chance to show his skills in business as the company enjoyed significant growth with Andrew as its Managing director and it became one of the world’s largest manufacturers and distributors of acrylic teeth, exporting to over 70 countries worldwide.

Andrew Demetriou is a strong keynote speaker that can give a unique insight into managing a very high profile and large commercial entity and well as the skills he learnt in leadership and management through the high profile position he held as the AFL’s CEO. 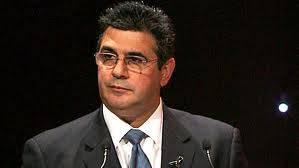