Tony Alexander has been employed as Chief Economist at New Zealand’s second largest bank, the Bank of New Zealand, since 1994 with responsibilities including informing the board and senior management about economic developments and prospects, risks and opportunities, and provision of services for the bank’s staff and client base.

Tony is often asked to comment on economic matters with the media whether it be print, radio, television and on-line media to discuss developments in the local and global economies and financial markets, along with the production of written publications including newspaper and magazine columns.

Tony conducts the monthly BNZ Confidence Survey which provides not only a near real-time snapshot of business sentiment but insight into how businesses currently perceive their operating conditions. Tony also runs the BNZ-REINZ Residential Market Survey of the NZ residential real estate market and the BNZ-Nine Rewards Consumer Trends Survey.

Prior to joining the BNZ Mr Alexander worked as principal economist at a stock broking firm in Wellington and before that as Research Officer then Treasury Economist with Westpac Bank initially in Sydney, Australia, then New Zealand from 1987. He holds a Master of Arts degree (first class honours) from the University of Canterbury, Christchurch, New Zealand. He is the father of five children, his wife is one of New Zealand’s foremost early childcare researchers, and he lives in the countryside north of New Zealand’s capital city Wellington.

Tony is an accomplished public speaker much in demand and each year delivers between 80 and 130 presentations at bank seminars, conferences, and client functions around the country and offshore 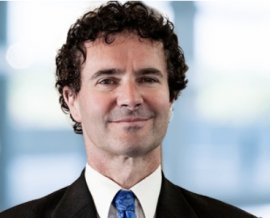