An expert in interviewing and detecting deception

Known throughout Australia as an expert in deception, Steve van Aperen is a leading authority on the truth. A highly sought-after speaker, Steve’s presentations are described as entertaining and educational.

Using real-life examples, Steve draws the audience’s attention to the way people may hide the truth, through omission rather than commission. He points out how what people don’t say is often more important than what they do say! Steve demonstrates how we use language, paralinguistic styles, changes in tenses and body language to deceive others and how to recognise when people are engaging in such behaviours.

Having received extensive training from the world's leading international investigative authorities in how and why people deceive, Steve knows how to spot the truth.

Now, Director of Australian Polygraph Services, Steve consults his services to government and corporate organisations across the globe.

Steve has been involved in a number of high profile cases including:

How to Detect Deception and Read Body Language in Business
Learn what the tell tale signs of deception are and how to identify them by analysing the content and structure of language. This keynote is particularly useful for managers, executives, recruiters, financial services industry, sales teams, negotiators, HR managers and the like.
Read Your Clients and Watch Profits Soar
This informative 1 hour keynote presentation will teach you how to benchmark behaviours and read what your client or customers are really thinking and feeling. This popular keynote covers understanding and identifying micro and facial expressions and what the 4 key areas to look for when people engage in deception.
The Seven Winning Methods that Build Trust and Increase Profits
Learn from the marketing mistakes that some of the largest global corporations have made and how they turned themselves around. Steve teaches audiences his 7 Step winning strategy designed to build trust and create rapport whilst increasing sales and improving brand loyalty simultaneously.
Why Women Make Better Liars and Men Have No Idea
This entertaining and informative 1 hour keynote presentation highlights the differences between how men and women process information. It also explores in a humorous fashion why women make better liars and men are so inept at lying.

Steve was excellent. Without exception he was a huge success, setting the tone for a very successful day. The consistent message from the delegates was the desire to hear more. His information and his presentation are fascinating and relevant. Steve has great presence and uses his time to maximum advantage. Very fluent and professional 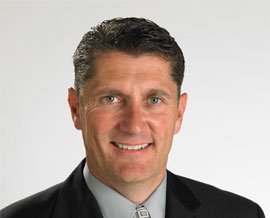