Tech start-up investor Steve Baxter is a proud Queenslander, born in the remote town of Cloncurry and raised in Emerald in the State’s central highlands.

He left school at 15 and joined the Army, enlisting in its apprenticeship program. There, he became a technician working in the field of electronics, telecoms and guided weapon systems.

In 1994, at the age of 23, Steve put his life savings of $11,000 on the line to launch his first start-up, the pioneering internet service provider SE Net, from the spare room of his Adelaide home.

Servicing more than 35,000 customers, SE Net was eventually acquired by Ozemail/UUNet under the stewardship of its founding Director and now Prime Minister, Malcolm Turnbull.

In 2001, Steve teamed with a schoolmate to launch his second start-up, PIPE Networks. Eight years later they sold it to the TPG Group for $373 million.

Steve spent a year working with Google in California in 2008, leading a project to deliver high-speed telecommunications systems across North America.

In the past three years he has become a major early-stage investor in Australian start-ups, helping to launch a host of companies which together boast a valuation of more than $100 million.

Steve is also a keen private pilot and recreational fisherman. 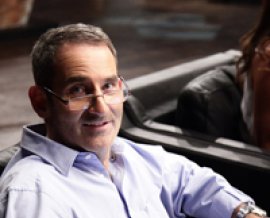