He is 'The Story Teller'.   His stories build and create a business culture of success

“Former Detective Sergeant Simon Illingworth was bashed, threatened and intimidated by bent cops and underworld criminals, all in the line of duty. His police life gives dramatic insight into Melbourne’s gangland war and the ugly world of police corruption.” ABC’s Australian Story – ‘One Man Standing’.

Simon was a policeman in Victoria for 17 years, working in areas such as the Homicide Squad and Anti- corruption Squad. He appeared on ABC’s Australian Story which won journalisms Gold Quill. His episode was recently judged in the top 10 of 500. His book ‘filthy rat’ is an Australian best seller published by Fontaine Press.

Simon has too many awards to mention here, but one significant achievement is the Sir Vincent Fairfax ethics in leadership program, he was one of just 14 Australians selected. This international experience-based program gave Simon a broader understanding of human nature, of philosophy, of business and consumerism. He is also an Ausdavos Future Summit leadership awardee.

Generally, the bigger the business - the less company success-focused people are, and the more carnivorous they become. Simon’s business speeches break this down, they’re personal, challenging, exciting and culture building that’s why he is a regular with Australia’s largest companies and organisations. These are cutting-edge companies who know there’s no ‘magic bullet’ when it comes to business culture.

Simon uses story-telling to break-through, to open employee’s minds and to bring them closer together, he breaks the trend of trying to create ‘clone’ employees and explains how absurd the whole ‘cookie cutter’ idea is when it comes to success. If you own or operate a business and you’re not focused on culture, it’s simple, you’re business is not cutting-edge.

Story telling is the very latest educational tool, primarily because it ‘sticks’. Simon Illingworth is and expert, he uses his amazing, true stories to educate people to aim for ‘pioneer’ and ‘ground-breaker’ status in their skills and to know each other’s limitations.

Professional speaker and training provider in ethics and culture in some of Australia’s leading corporations incl. Woolworths LTD 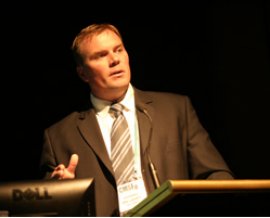