As engineer and economist turned social entrepreneur, Simon Griffiths is best known for his toilet paper company, Who Gives A Crap.

After turning down his dream job in the corporate world, Simon moved from Australia to South Africa, immersing himself in development aid. However, he quickly discovered one of the biggest problems faced by Non-Government Organisations and social entrepreneurs, the lack of adequate funding.

In 2010, Simon got the idea to start a toilet paper company that builds toilets in the developing world. Two years later, the idea was launched, with Simon sitting on a toilet on a live webfeed until he had pre-sold the first $50,000 of toilet rolls. This launch was one-of-a-kind and gained media coverage across the globe.

Since the launch, Who Gives A Crap has tripled in size. As of the start of 2015, the company provided more than 50,000 people with access to a toilet for one year.

Simon is one of Australia’s most prominent social entrepreneurs, with his work covered by countless media outlets around the world, including The Huffington Post, MTV, The Standford Social Innovation Review and The New York Times.

Be Bold and Make it Happen
Business
Failing leads to Success
Innovation
Everyone's doing it, bur we're doing it different
The Business of Making a Difference 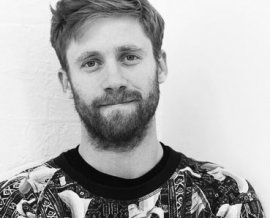