Ruslan Kogan is an Australian entrepreneur and ambassador for the retail and technology industries.

He came from humble beginnings to become one of Australia’s most successful businessmen.

Ruslan’s parents came to Australia in 1989 with just $90 in their pocket. They worked multiple jobs each to make ends meet and give Ruslan and his sister the opportunity for a better life. Growing up in this environment, he learnt very quickly that if he wanted anything, he would have to work hard for it.

He became interested in technology early, building his first computer at the age of nine. Living in Housing Commission flats in the suburbs of Melbourne, he went into business by himself when he was just ten years old. He would find lost golf balls, clean them, repackage them in egg cartons, and sell them to golfers at Elsternwick Golf Course on weekends. His entrepreneurial flair became even more obvious during his teenage years when he launched a string of businesses including a car wash service, mobile phone repair business, and a web design agency.

He attended Melbourne High School where he completed his VCE and finished top of the state in Information Processing & Management. Ruslan received a scholarship to complete a Bachelor of Business Systems (Information Technology) at Monash University. He worked full time, while also studying full time, and by the age of 23, Ruslan had worked in the IT departments of Bosch, General Electric (GE Money), and was a management consultant at Accenture.

Despite everyone telling him he was crazy, Ruslan quit his corporate job and started kogan.com in his parent's garage, with a new brand of televisions. He realised that by creating a direct-to-consumer online business model, there was an opportunity for a better value, direct, new way for shoppers to get what they need and want.

​Kogan.com was the first business in Australia to retail private label TVs online and has rapidly grown to become the trusted store for the best prices on a wide range of consumer goods — electronics, homewares, lifestyle, beauty, furniture, fitness, toys, travel, tools, appliances and more. Before Kogan.com launched and influenced how we shop, almost 100% of retail spend in Australia was in physical stores.

Ruslan was the first entrepreneur to speak loudly and proudly to Australians about the benefits of shopping online. In recent years, the range has expanded from several hundred, to tens of thousands of products, across a number of new verticals, including the launch of Kogan Travel and Kogan Mobile.

Kogan.com has become the go-to retailer for online shopping trends and insight in Australia, and is now a multinational business with millions of happy customers, operating in some of the most competitive industries in the world. Since launching in 2006, the company has gone from garage to global, becoming one of the most efficient retailers in the world. It is headquartered in Melbourne, Australia, and has a sourcing and project management office in China. Its direct-to-consumer, online-only business model means it can more efficiently deliver the products and services that people want most. Kogan.com is known for making the latest consumer goods more affordable and accessible.

He was invited to join the LinkedIn Influencer program, alongside the likes of Bill Gates and Richard Branson.

Ruslan has given thousands of hours of his time to help inspire and inform future generations by speaking at schools, universities, business conferences and community and youth organisations. He loves sharing his experience and insight with budding entrepreneurs around the world.

Ruslan has been named: 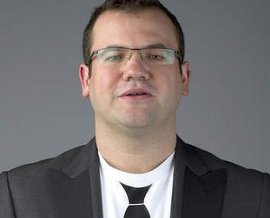