Chief Economist for the Commonwealth Bank

As the Chief Economist for the Commonwealth Bank, Michael Blythe is responisble for monitoring, analysing and predicting trends within the Australian economy. He is a proud speaker who enjoys demonstrating to audiences how demographic changes will affect business in the future.

After graduating from university with a degree in economics, Michael spent thirteen years in various positions within the Economic Group of the Reserve Bank of Australia, before joining the Commonwealth Bank in 1995.

Michael and his team have been consistently ranked within the top three for macroeconomic analysis advice in many industry polls.

His knowledge and expertise has seen Michael give his predictions on the major trend within the Australian economy, including the opportunitites for Australia agriculture, education and tourism.

With the ageing population growing, Michael encourages his audience to look at things from a different perspective and how those individuals tend to spend more time within the health and financial secotrs.

Michael Blythe is an experienced and highly intelligent speaker, who is passionate about seeing success in business and within the Australian economy. 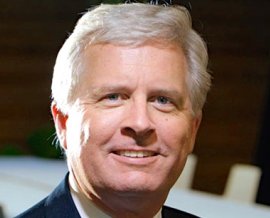