During 2 decades in the pool Kieren performed remarkable achievements and cemented his place as a superb role model. Kieren was also an integral member of the Australian delegation sent to Monaco in 1993 to bid for the 2000 Olympics. He and the bid team were successful and Sydney went on to host the 2000 Games.

Since his retirement from swimming in 2000, Kieren has been transferring his knowledge and experience in creating sustainable elite performance to businesses around the world as a former Partner of Performance Global Pty Ltd and former Partner of RogenSi, a global consulting and training company.

In 2009 Kieren joined NAB as Head of Business Development and Acquisition for NAB Private Wealth in Queensland. Over the course of the last ten years he has moved through multiple roles to now be the General Manager Enablement, Business and Private Bank at NAB in Melbourne, leading a team of 150 people dedicated to supporting NAB's Business and Private bankers.

Kieren also had the honour of serving on multiple Boards in corporate, Government and Not for Profit capacities including The Australian Sports Commission, Starlight Children’s’ Foundation, Pain Australia Ltd, the ANZAC Foundation and NFP Online. He is currently a board member of Swimming Australia and the Sport Australia Hall of Fame. 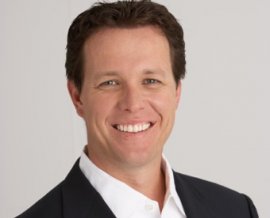