Jonty is 2009’s Young Australian of the Year and a Telstra Businesswoman of the Year finalist. She’s a recognised Criminologist and expert in posttraumatic growth. She is considered one of Australia’s more dynamic speakers on the topic of grit, determination and resilience, and was named in the YMCA Top 50 Influential Women.

As a motivational individual Jonty Bush, has experienced more than what most of us have. She has lost two of her close relatives, which she uses to keep advocating against violence of any kind.

At the mere age of 21, Jonty experienced the impact of violence and the effects it can have on the victims and their family. Jonty’s younger sister was murdered and five months later her father was killed in a senseless attack.

Instead of wallowing in the sadness after the murders, Jonty became a volunteer with the Queensland Homicide Victims Support Group and in 2007 was appointed as the CEO of the organisation. In this role, she campaigns tirelessly against violent crime and lobby’s the Queensland Government to review the laws surrounding murder and manslaughter. Two years later, Bush was named the 2009 Young Australian of the Year for her work against violence, including the development and promotion of the One Punch Can Kill campaign, which was adapted by the Queensland Government to prevent further deaths.

Bush obtained a Masters in Criminology and Criminal Justice from Griffith University, which enabled her to be appointed to the Sentencing and Advisory Council of Queensland. Jonty continues her work, supporting government and community agencies such as AngelHands, the Sunshine Coast Family Contact centre, Project 24 and the Protect All Children Today Foundation. She helps raise funds and increase the size of these organisations to help deal with the consequential effects of violence and develop crime prevention tactics.

Jonty speaks with clarity and experience on the impact violence has on the community, the development of strategies to combat the rising levels and her personal journey and the difference she has made.

Jonty Bush speaks openly and honesty about her experiences and can tailor her presentations to suit a range of audiences. She can present keynotes, powerful speeches as well as workshops depending on what is required. Some of her topics include: 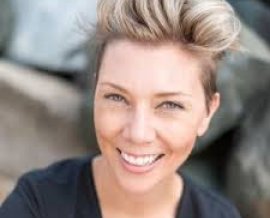