The brains behind one of the fastest corporate turnarounds

Guy Russo is credited with one of Australia’s greatest business turn-arounds, taking Wesfarmers’ ugly duckling, Kmart Australia & New Zealand, from the bottom of the discount chain store ladder, to the most popular and profitable retail department store business in Australia today.  Russo also credits the WES business model and a depth of talent in his management team for the success.

Kmart’s success story has been well documented.  Russo is lauded for his role as CEO in taking the lack-lustre business in 2008 and transforming it, part by part, with dramatic results.  By 2018, Kmart was breaking records across the sector in Sales and EBIT and had more than trebled ROC.

Guy became the group CEO of Wesfarmers’ Department Stores Division in 2016, with added responsibility for the much-loved Target franchise in Australia.  In 2018, the Division announced a record increase in profits for the financial year.

Russo started his working life as many teenagers do, flipping burgers at McDonald’s.  He worked his way through the management ranks to become Managing Director and CEO of McDonald’s Australia, and later President of McDonald’s in greater China; he served 33 (he says, extraordinary!) years with the iconic brand.

Guy’s last 20 years as a CEO in the retail and quick service restaurant sectors have shown a passion for business (making money!) as well as leadership.  He has been recognized for his game-changing approach to internal talent development and inclusive management teams and has won industry Awards for the advancement of women.

He has also made time (and money!) for tens of thousands of kids, as a Director and Chairman for Ronald McDonald House Charities in Australia and Hong Kong, and as President of the global non-profit, OneSky, for orphaned and at-risk children in Asia.  Guy will shortly retire as Senior Advisor to Wesfarmers Limited, and has become Chairman of Australian start-up, Guzman y Gomez, premium fast Mexican restaurant chain in which he is also a major investor. 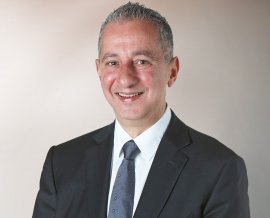