Chairman of Woolworths and Origin Energy

Gordon Cairns is a successful businessman and speaker. He holds over thirty years of food and reatil experience, having worked with some of the nations largest organisations.

Starting his career with Nestle, Gordon followed suit by working for Cadbury, the Imperial Group and PepsiCo.

Gordon later joined Lion Nathan as the Managing Director of their Australian beer business before stepping in as CEO for seven years. During this period, the company was consistently recognised as a 'Best Employer' and Gordon received several 'True Leaders' awards.

In 2004, he stepped down from his position and now serves as Chairman of Origin Energy and Woolworths, as well as the non-executive director of Macquarie Group Limited, Quick Service Restaurants and World Education. 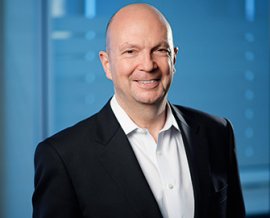