Brett Godfrey is known for conceptualising and writing the business plan for what is now Virgin Australia. He acted as Chief Executive for the company, implementing his vision in 2000. Brett is recognised and honoured as an innovator and leader in global aviation.

After a decade as a leader, Brett had made significant improvements to the business, including becoming the nation’s second largest carrier, boasting over 7,000 staff, transporting nearly 20 million travellers annually and turning over more than $3 billion pa.

His secret to success lies in his commitment to leadership, people and culture. Brett was passionate about seeing the world through his customers eyes, often travelling in the worst seats to see what could be improved.

Brett now sits on a small amount of boards, with a particular interest in tourism. 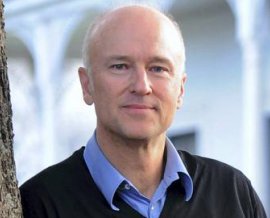