Informative, insightful and stimulating, Bob Mansfield speaks to audiences on topics including change, competition and leadership.

Bob Mansfield is one of the most senior and esteemed directors in Australia. Born in Rabaul, New Guinea and educated at Barker College, Hornsby, Bob Mansfield attended the University of NSW and graduated in 1974 with a Bachelor of Commerce degree with a major in Accounting.

Among the elite of Australia’s businessmen, Bob Mansfield has a varied professional background across a wide range of industries. Bob has held the position of Chief Executive Officer for McDonalds Australia, Wormald International, Optus Communications and John Fairfax. He was non Executive Director of Telstra.

In addition, Bob Mansfield has filled a number of roles for the Federal Government and pursued his own business interests, including:

·         Reviewing the Operating Charter of the ABC.
·         Major Projects Facilitator on a consultancy basis reporting
directly to the Prime Minister.
·         Appointed Strategic Investment Coordinator, in addition
to his Major Projects role, within the Prime   Minister’s
Office.

In 1999 Bob Mansfield completed his Federal Government roles and was appointed Director of Telstra Corporation Limited. On 1 January 2000 he became Telstra’s non-executive Chairman, a position he served until April 2004.

On 26 January 2000, Bob was honoured with an Order of Australia award for his contribution to Australian business and economic development and to the telecommunications industry.

His past directorships include: 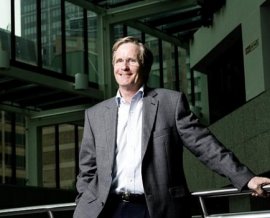