His presentations are fast paced and dynamic, examining changes and shifts influencing business

Bernard Salt has an outstanding reputation as a trend analyst and forecaster for business, government and society. Bernard’s first book the bestselling 'The Big Shift' highlighted and predicted a large surge in the demand for lifestyle and residential property supported by the impending retirement of the baby boom generation.

Also a bestseller, his second book, 'The Big Picture', reflected on how work, life, relationships and society are shifting and altering in the 21st Century’s 1st decade.

Bernard has planned and written many global studies for KPMG International including Beyond the Baby Boomers (2007) along with The Global Skills Convergence (2008) both of which attracted international media exposure.

His 3rd book the quirky, original and enormously popular Man Drought not only attracted universal media attention but it also introduced a new term (man drought) into the Australian vocabulary.

Bernard is an extremely popular speaker both in Australia and internationally, he is a best-selling author, a twice-weekly columnist with The Australian newspaper and an esteemed business advisor. Bernard heads The Demographics Group which provides specialist advice on demographic, consumer and social trends for business. Prior to that Bernard founded KPMG Demographics.

Bernard’s opinions and observations are frequently sought out by both the business community and media outlets. He is perhaps best known to the wider community for his penchant for identifying and tagging new tribes and social behaviours such as the ‘Seachange Shift’, the ‘Man Drought’, ‘PUMCINS’ (pronounced pumkins) and the ‘Goats Cheese Curtain’.  He was also responsible for popularising smashed avocados globally.

Bernard truly has an amazing understanding and knowledge of Australia’s demographics and he is able to speak confidently in regard to any city, town and region in Australia … this includes both historically and future outlook.

He is a most captivating, interesting and entertaining speaker who stimulates and encourages thought provoking dialogue at conferences, roundtables and workshops.

Goldmines and Minefields: How and where demographic forces are creating global hotspots in consumer
It is all about the rise and fall of demographic cohorts. Of the 200 countries on earth which are likely to experience most growth in the household formation cohort in the 2020s? And which countries might be expected to show the weakest growth in consumer spending?
Identifying Global Hotspots for Infrastructure: How taxation and cohorts combine to create the pool
Sure governments can borrow to fund big picture pieces of infrastructure but at some point this capacity is ties to the wealth generating and taxation paying capacity of the local population. More workers means more spending and taxation which means more nation building. Simple.
Identifying Immigrant Faultlines: How and why the global movement of people will be a source of pros
Drawing on UN datasets which countries are likely to be a source of immigrants and refugees and where are the faultlines between rich and poor. In this is powerful sobering, presentation a compelling argument is put for global cooperation to deliver a safer and a more equitable society. Attendees come away with a better understanding of the forces driving refugees and of the demand for labor.
Navigating the Future of Work: Skills on the rise and jobs in decline tell the story of access to pr
In this session, Bernard takes data from the US, Australia, and the UK, to show which jobs and which sectors are rising and which are falling. It is not so much about the job to be in but rather the skills you will need to survive and thrive in the 21st century. Scary topic made digestible and engaging.
The Australia Story: Overview of the Australian people and economy
Aimed at overseas business and general interest audiences considering visiting or investing in Australia. Highlights the space, the richness, the scope for growth, the governance and the quality of life in Australia. Attendees come away excited, amused and engaged by their better knowledge of the Australian nation. Who else is better placed to tell The Australia Story than Australias leading social commentator? 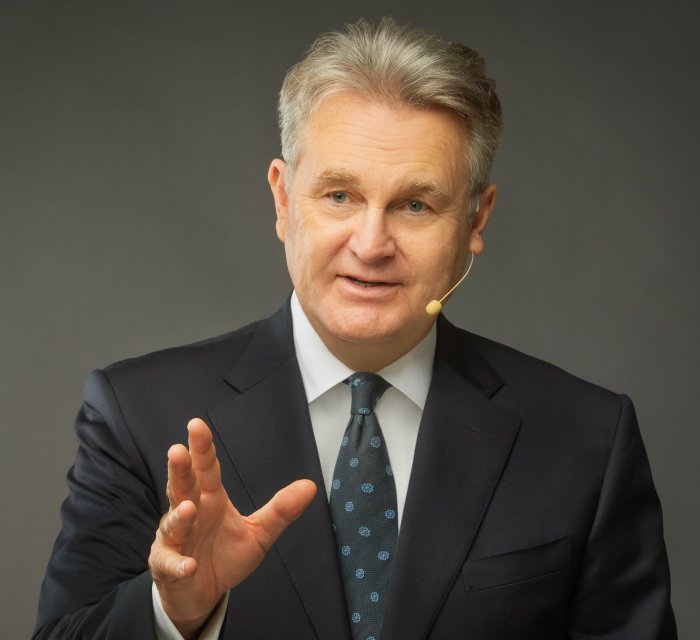