Leadership, Global Stability and Negotiation from a past Foreign Affairs Minister

Having spent 24 years in politics, Alexander Downer has served his country with energy, passion, dedication and integrity.

Alexander’s background includes working as an Economist to Westpac Bank, an Australian Diplomat serving in the Australian Missions to European Union as well as working as the Minister for Foreign Affairs.

Working within the Foreign Policy, Alexander has seen a wide array of events occurring around the world. From the increase in terror and Middle Eastern conflicts to global issues of human rights, climate change and natural disasters, there isn’t much he hasn’t seen.

Committed to making the world a better place, he is known for not hiding from tough issues whilst driven by his own compassion.

Beyond politics, Alexander worked in a professorial role at Adelaide University, started a consultancy business in South Australia and was the United Nations Special Envoy to Cyprus.

Alexander enjoys speaking to a wide array of audiences about a variety of topics including leadership, regional and global stability, future trends, Brexit, the Trump paradigm and the art of international negotiation. Packed full of anecdotes and stories, he shares his insight into how it works at the top and worldly topics. 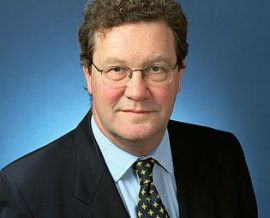