Expert knowledge on business and the economy

Maureen Jordan holds a Bachelor of Economics and a Law Degree and has carved a niche in the media to balance her world of work and family.

Maureen taught in both the secondary school system – both public and private – as well as teaching at the University of New South Wales. She holds a Bachelor of Arts (Economics) and a Law Degree with Honours. Maureen has been involved in magazine publishing for 15 years. She has owned her own small business for 19 years. Her company is involved in book and magazine publishing – clients include the Mortgage & Finance Industry Association, IBM, Optus, Hewlett Packard, the Commonwealth Bank, Telstra, AMP, IP Australia, Yahoo 7, the University of NSW and Griffith Hack She was formerly the Editor in Chief of Charter magazine for the Institute of Chartered Accountants in Australia.

Maureen Jordan is also the author of two books, one of which is a Small Business Start Up Guide published by Allen & Unwin, which she co-wrote with Peter Switzer. The other is finding the Right Mortgage.

Such is Maureen’s commitment to business that in 1996 she was inducted into the Australian Business Women’s Hall of Fame in Melbourne, as well as being a finalist in the Sydney Business Review’s Business Women of the Year 2003. Maureen Jordan’s knowledge of small business and the economy, combined with her legal skills, has enabled her to not only put a firm footing under her own long established business, but has also given her the credibility to assist others. 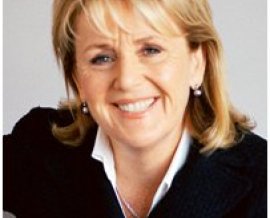