Best selling author of “How Would Love Respond?

As an international best-selling author, in-demand speaker and highly sought after success coach, Kurek Ashley is a desirable presenter for any function. He is recognised as an expert in personal and professional development, self-discovery and peak performance.

His book ‘How Would Love Respond?’ topped the charts of ‘Hot Releases’ and ‘Movers and Shakers’ on Amazon within four hours of it being released as well as number four on Barnes and Nobles.

Kurek has worked in over 16 countries worldwide and has been giving up to 100 presentations, workshops and seminars a year as well as frequent media appearances, impacting millions of lives across the globe.

For over 20 years, Kurek has been working with large corporations including Apple, Seagate, Schwarzkopf, Westin Hotels, The Australian Royal Airforce and Carlton United Brewery, and the successful strategies he has been teaching them have produced results that are inspiring. His list of private clients includes Hollywood film and TV stars, movie directors, producers and cinematographers, rock bands, music composers, top business leaders, oil executives in Kuwait, Olympic Gold medallists, professional athletes and sports teams.

Ashley prefers to be called a performance coach rather than a motivational speaker as he aims to teach people real-life skills and tools they can utilise to take their lives, businesses and dreams to a higher level.  He enjoys seeing what individuals can do when they are given the leverage needed to improve their lives and create long-lasting change.

Kurek Ashley can speak to multitudes of audience members from all walks of life, engaging with them on a personal level and leaving them mesmerised by his presentation. His passion in his desire to unlock the greatness within people is infinite and can assist companies in bettering their performance and productivity. 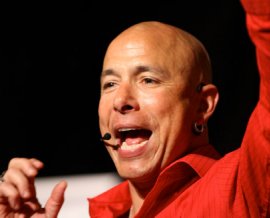