At the top of his game in business consulting and finance

A simple yet effective approach to focusing on issues instead of strategy has kept Alan Hargreaves at the top of his game in business consulting and financial services.  Alan has written a book on management called 'Recharge'.  Hargreaves recently teamed up with Patrick Cook, the cartoonist to release '60 Second Recharge'.

Alan worked in international finance for more than 20 years after graduating from University of Sydney. Hargreaves utilised his skills and knowledge to build successful businesses in New York, Singapore and Hong King.  Alan managed his own private investment trust after returning to Australia.  Hargreaves applies his knowledge to deliver powerful presentations to the business sector. Alan regularly appears on radio and television.  Hargreaves’ extensive experience has seen him successfully branch out into property, retail, communications, media, finance and I.T.

Alan is CEO of Copabella Investments and has continued to support business in Asia by becoming a sitting board member for many private equity funds.

Alan Hargreaves is an in-demand speaker who has the ability to engage an audience and inspire and mentor staff. 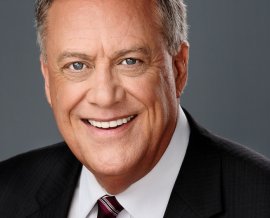