Be inspired and motivated by an adventurous spirit

Growing up, Steve had an eagerness to push boundaries coupled with his mischievous adventurous spirit that frequently landed him in trouble. But, it was a trek to Everest Base Camp when he was 16 years old with the Venturer Scouts that captured his imagination and inspired dreams of the big mountains.

At the end of high school Steve borrowed a friend’s road bike and completed his first triathlon. Despite barely surviving the swim, he was hooked. Plagued by injuries, mainly as a result of over training he never fully achieved his ambitions in triathlon. Unbeknownst at the time, it did however provide a solid base endurance level for adventures to come.

Facing many challenges and set-backs, including contracting Ross River Virus, two broken wrists, subsequent surgical osteotomy on one wrist to correct alignment, and a broken neck, Steve has never given up his passion for adventure.

In 2014, while swimming at the beach, Steve was dumped in a wave and went head first into the sand. Momentarily unconscious, he cannot remember the impact, but when he came to, he was upside down in the water, partially paralysed, trying to figure out where his next breath was going to come from. The quick response from a friend and two surf life savers undoubtedly saved his life.

Rushed to hospital under full spinal precautions, Steve was sent straight in for scans which uncovered that he had sustained multiple unstable fractures to the C2, C3 & C7 vertebra, contorted spinal cord, ruptured disc, dissected arterial artery, torn ligaments and many other serious injuries. Doctors told him he should be in a wheel chair, if not worse.

It was a very low time for Steve, filled with self-pity, frustration and anger. But somewhere amongst that, refusing to accept the doctor’s prognosis, Steve made himself a promise. He was going to walk out of that hospital and he was going to climb the 7 Summits and in this Project 7in4 was born.

Initially for Steve, Project 7in4 was just a dream. From the lows of lying in hospital with a broken neck, the enormity of the task was unfathomable. Nevertheless, Steve dared to dream and it was that dream which motivated him throughout his recovery and rehabilitation.

Rather than focusing on the overwhelming enormity of the seemingly insurmountable end goal, Steve set himself progressive objectives, stepping stones to initially get back on his feet, and then to build the skills, experience and confidence he’d require in order to attempt the 7 Summits safely. This took him to some of the most famous mountain ranges in the world on a series of practice runs.

Steve took the same approach in completing the 7 Summits, simply focusing on one mountain at a time. 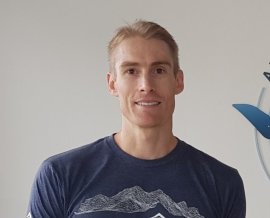