Paul Jordan served in the elite SAS for over a decade. He later joined private security with companies including Exxon Mobile, and has provided security training and operational support to thousands of journalists including BBC and ABC, and supported CNN in Iraq during the 2003 invasion.

Paul was in Banda Aceh after the 2004 tsunami, has acted as security Adviser to the Australian High commission in Islamabad and managed evacuations from Honiara during civil unrest. He deployed to the 2010 Haiti earthquake to conduct security for media NGOs such as the Clinton Trust.

A UN peacekeeper and experienced trauma medic, Paul was instrumental in treating Rwandans during the Kibeho massacre in 1995, and ran the Vanimo hospital in PNG post-tidal wave in 1997.

His imprisonment in a putrid Indian jail for 24 days in 2008 tested his mental fortitude and his reflection on that episode laid the groundwork for his 2012 book The Easy Day Was Yesterday. This is a personal account of a tough, hardened fighter who suddenly finds himself totally dependent on others for his every need. It's a fast paced, brutally honest and raw, but laced with dark humour. The core of Paul Jordan’s eventful life, however, is the strength of his bonds with family and friends and the ability of the human spirit to survive even the direst adversity. 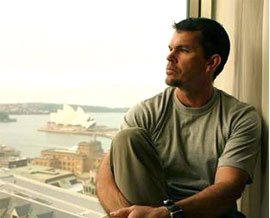