One man. One arm. His story.

Despite losing his right arm to cancer at just three weeks of age, Paul Hockey became the first disabled person to climb Mount Everest from the North side. He stood on the summit of the world's highest mountain on Sunday the 5th of June 2005 at 7.42am.Climbing is only part of his story

Encouraged by his family that anything is possible, Paul discarded his prosthetic limb at an early age, and developed a keen interest in martial arts by the age of eight. This continued and having trained in Hapkido and Shaolin Kung Fu,  the martial arts expert has three black belts. He has gone on to teach others in martial arts, and after living in Japan and teaching English, he too speaks fluent Japanese. Paul still rides a high-powered motorcycle today, and drives 50-seat coaches as a Japanese-speaking tour guide.

Paul doesn’t claim to be a mountaineering expert, and in fact had no experience at all when he decided to take on Mount Everest. He travelled to New Zealand to study and train with some of the best mountaineers. At 7,000 meters and the highest mountain in the Southern Hemisphere, Paul then climbed Mount Aconcagua in South America. He returned to Australia and continued to train for the next twelve months with his 25kg pack filled with local telephone books to further prepare him for his Everest goal. Ironically, he would later become the face and cover of the telephone book.

On his first Everest attempt he ran out of time and oxygen, and had no choice but to turn around, a harrowing 280 metres short of the summit. Paul went home not defeated, but even more determined to train harder and return to what he had set out to achieve exactly one year earlier. He did just that on 5th June 2005 at 07:42hrs.

Paul delivers his powerful presentation 'A handful of spirit' and throughout it describes what he has done, why he has done it and how. He talks about “impossible only being opinion and never fact” and “how it is attitude and not aptitude that ultimately determines our altitude". Captivating. Inspirational. Motivating. Unbelievable. Entertaining and at times hilarious. Like no one else, Paul Hockey’s impact on his audience is remembered forever.

A Handful of Spirit
Paul delivers his powerful presentation and throughout it describes what he has done, why he has done it and how. He talks about impossible only being opinion and never fact and how it is attitude and not aptitude that ultimately determines our altitude.

Paul was a sensation. He delivered a presentation that was well above our expectations. The reaction from our audience was overwhelming.

Paul was an incredibly talented and moving speaker. His story is very unique and immediately caught the attention of the team. He has a great ability to cut through to the realities of life's challenges and quite simply how determination and focus can help you achieve anything.

We were honoured to have Paul Hockey come along and inspire our swim team. Paul shared his many stories on his life journey and how he faced and overcame adversity. Paul's many life experiences allow him to instantly make a connection with the audience. His no nonsense, down to earth and modest persona, and his laid back approach to life make him a true and great Australian. 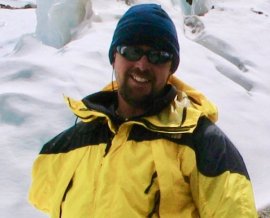