A successful businessman and yachting legend

John Bertrand AM is an international yachtsman and successful businessman. John was skipper of Australia II – the yacht that won the America's Cup in 1983. The victory broke 132-years of American domination and in the process the longest running record in modern sports history.

The Australia II victory was recognised by the Confederation of Australian Sport as the 'greatest team performance in the 200 years of Australian sport'.

For more than 25 years Mr Bertrand had been involved in all areas of the America’s Cup, from skipper of Australia II to chairman of OneAustralia. He is a life member of the America’s Cup Hall of Fame. His involvement with sailing continues today through his role as Chairman of Selectors for the Australian Olympic Sailing Team. He is also the 2010 World Etchell class sailing champion.

While studying engineering at Monash University, Mr Bertrand wrote his thesis on the aerodynamics of America's Cup yacht sails and was awarded a full blue for sailing in 1968. By 1972 he had completed a Masters of Science in Ocean Engineering at Massachusetts Institute of Technology in Boston.

He was conferred a Member of the Order of Australia in 1985. His biography Born to Win - released in the same year - was at the time the largest selling biography in Australian publishing history. In 2000 he received an Australian Sports Medal for outstanding achievement in the America's Cup and his contribution to the sport. The following year he received the Centenary Medal for service to Australia society through the sport of sailing.

Over his business career he has successfully established businesses in the marine, property development and media industries. He became chairman of the Alannah and Madeline children’s Foundation in 2001. The Foundation is now a world leader in anti-bullying, child safety and well-being programs.

Mr Bertrand is chairman of The Sport Australia Hall of Fame. The Hall of Fame has as its members all the legends of Australian sports. He is also a mentor to many up-and-coming athletes in a variety of sports. 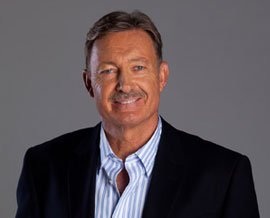