One of Australia’s most successful female entrepreneurs and innovators

Tania de Jong AM is one of Australia’s most successful female entrepreneurs and innovators with 5 businesses and 2 charities under her belt. She is also one of Australia’s leading speakers and has the voice of an angel. Tania has recently been named in the 100 Women of Influence and the 100 Most Influential Entrepreneurs in Australia.

Tania is a global authority on creativity, innovation and collaboration. With a grandmother who invented the foldable umbrella, innovation is in her blood.

Individuals, communities, corporations and governments face increasing challenges and accelerating change, and Tania expand mindsets and inspires audiences to think more laterally and creatively about the future. In 2018 Thinkers 50 invited her to be a keynote speaker and performer at the European Business Forum in Denmark.

She received the Order of Australia in 2008 for her work as a performer, entrepreneur and for her impact on education, innovation and the community. Tania’s other awards include Ernst and Young Australian Social Entrepreneur of the Year, the ‘Outstanding Individual Contribution to Australian Culture’, Churchill Fellowship and The Melbourne Award. She was inducted into the AGSE Entrepreneurs Hall of Fame at Swinburne University and named Brainlink Woman of Achievement. Tania was named in the 2016 Impact 25 Awards, which honour the social sector’s most influential people for their significant and positive impact in Australia and around the world.

Tania is an agent for change. She is an inspirational and moving storyteller and performer. Her keynotes, combined with the power of song, are transformational. She is known for her ability to unleash creative energy and capabilities, expand mindsets and raise collective conscioousness, build ‘can-do’ teams and strategies to develop a culture of innovation, diversity and inclusion.

Creativity and Innovation: How to Harness Them in your People and Organisation
Gain tools to unlock both individual and organisational creativity, deal with failure and develop resilience. Tania teaches audiences how to develop a culture where both creativity and innovation flourish
From Profits to Purpose in an era of Disruption
Tania speaks to audiences about building a collaborative, inclusive and innovative culture. She demonstrates tools that can be used to develop resilience, performance and leadership combined with case studies to inspire change.
Reconnecting to Ourselves and our Communities
With loneliness and social isolation becoming more and more common, Tania aims to help us all reconnect to ourselves, other people, work and creativity.
Thinking Outside the Box: Leading Innovation and Change
Learn how to develop a creative, intuitive and agile mindset to help think outside the box. Tania helps audiences understand the importance of diversity and how to prepare for change, disruption and uncertainty.
Voices of Innovation: The Power of Positive Human Collisions
Under this topic Tania speaks about building a collaborative, purpose driven and innovative workplace culture. She gives audiences insights into harnessing diversity as well as tools to develop levels of resilience, performance and leadership. 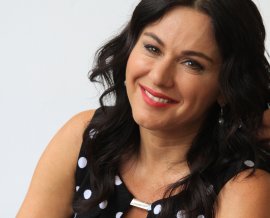