One of the great icons in the world of international tennis

Darren Cahill is one of the great icons in the world of international tennis. Born in Adelaide, Australia as the son of famous Australian football player and coach John Cahill, Darren started playing professional tennis in 1984, at the age of nineteen. Cahill’s first success as a professional was in 1985, winning his first tour doubles title at Melbourne, and later in 1988 in Gstaad, he won his first top-level singles title. The same year Cahill eliminated Boris Becker at the US Open and reached the semi-finals. Cahill’s performance at this Grand Slam event is widely considered his best ever.

A year later, in 1989 at the Australian Open, Cahill continued a streak of successes. Playing with Mark Kratzmann, Cahill finished runner-up in the men’s doubles. Playing for the Australian team at the Davis Cup in 1990, Cahill achieved a career 6–4 Davis Cup record with 4–0 in doubles and 2–4 in singles. Cahill was ranked as World number 22 in singles and world number 10 in doubles. He was the winner of two ATP singles titles and thirteen doubles titles. Cahill’s list of victories contains wins over such distinguished names as John McEnroe, Boris Becker, Goran Ivanisevic and Mats Wilander. Cahill’s highly-successful career as a tennis player earned him the Australian male Tennis Player of the Year 1988 Award.

Because of a knee injury, after more than ten operations, Cahill retired from the professional tour in 1994, but not from tennis. He became a highly sought-after tennis coach, analyst and commentator. Cahill has a reputation as a mild and well-mannered man and was nicknamed a “killer” in a typical Australian manner.

After retiring from the professional tennis tour, Cahill turned to coaching. Between 1999 and 2000, he coached Lleyton Hewitt, to bring him to his first major title while playing at US Open in 2001. At the age of twenty, Lleyton was the youngest man ever to reach world rank of Number One. In 2001, Cahill won the Australian Coach of the Year award. From 2002 to 2006, Cahill coached Andre Agassi, helping him to get back to no. 1. He helped him get his eighth important title at the 2003 Australian Open. At 33, Agassi was the oldest tennis player to reach world rank Number One.

From 2007 to 2009, Cahill was the Australian Davis Cup coach and the Ambassador of Tennis Australia Coaching Membership program. As Adidas player development program consultant and coach. He worked with a number of players sponsored by Adidas, such as Andy Murray, Ana Ivanovic, Fernando Verdasco, Grigor Dimitrov, Daniela Hantuchova and Angelique Kerber.
In 2007, Darren Cahill started working with ESPN2 as a tennis analyst and commentator, together with other tennis greats such as Chris Evert, Cliff Drysdale and John McEnroe, and he continues in this role today.
Darren currently split is his time between Adelaide and Las Vegas with his wife and two children.

Few Speakers have the breadth of experience that Darren Cahill does. Within sport, he’s done it all and with the greats, including as a player, coach, analyst and commentator. Darren is a great speaker for any corporate conference, not just for sporting events. His experiences will motivate and inspire your audience. 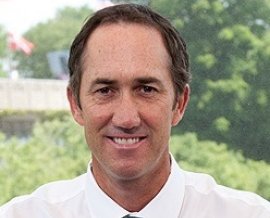