A rock legend with decades in the Australian music industry

​Tattoo-covered rock legend Angry Anderson has had more than 45 years' experience in the entertainment industry, most of those as the charismatic front man for the hard rock band Rose Tattoo. But these days, Angry is just as well known for his inspiring charity work and strong social conscience and, more recently, for his political aspirations.

When Angry joined the Midday Show in 1987 he brought with him a refreshing and perhaps unexpected insight into the pressures, loves, hates and attitudes of Australia's youth. His commitment to youth was underlined by his frontline involvement with 1988's ‘Project Homefree', a scheme to help runaways get home free of charge from around the country.

Over the years, Angry Anderson, a devoted father of four, has proved himself to be a tireless worker for the many charities he supports.

On Australia Day 1993, Angry Anderson was made a Member of the Order of Australia for his role as a youth advocate. He's been an Australia Day Ambassador, spent two years as President of Children's Week and been a Director on the board of the Foodshare Program. Angry also became a Black Dog Ride Ambassador to raise awareness of depression and suicide prevention and he is an Ambassador for the Dunn & Lewis Youth Development Foundation which is a lasting legacy of two of the 88 Australian lives lost in the Bali bombings.

Angry's career has included acting in film, television and theatre, including appearing with Mel Gibson and Tina Turner in the Mad Max trilogy. His singing career underwent an international renaissance with the popularity of his hit single Suddenly sung on Neighbours. In 1992 he played Herod on stage in the rock opera Jesus Christ Superstar.

In 2006, his status as an Australian living legend was officially recognised with an induction into the ARIA Hall of Fame.

In 2011, Angry was a vocal opponent of carbon tax legislation and announced that he had joined the National Party. Since then, his profile has risen in political circles and he has expressed his interest in seeking pre-selection for the seat of Gilmore in the next federal election.

In 2012, Angry appeared in the SBS doco-reality show Go Back To Where You Came From with six Australians, each with differing opinions on Australia's asylum seeker debate.

Despite his commitment to all his charity work, Angry still manages to find time to tour with Rose Tattoo, one of Australia's longest-running rock bands. In early 2013, the band joined Guns n' Roses and ZZ Top on tour around Australia.

Angry Anderson is a legend, not only as a hard rocker but as a caring, committed, passionate and outspoken advocate for disadvantaged youth. He is definitely a doer, and has wide appeal and respect throughout Australia. 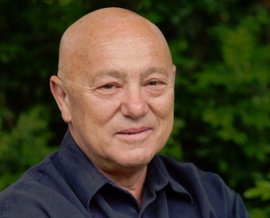